This set, brewed in Kaitlin's basement in February of 2005, and now our favorite set to open with at gigs, begins with two old favorite jigs: Garret Barry's and Paddy O'Rafferty's. Two Donegal reels round off the set.

Listen 2. To the Beggin' I Will Go

A classic Scottish ballad with lyrics in the Scots language, inspired by the Scottish band Old Blind Dogs version, whose liner notes led Barry to the book Ord's Bothy Songs, a source of many great songs. In this one, the singer imagines all of the good things he'd have if he were a beggar.

This first tune has been a favorite of Ed and Kaitlin's for years. Athol Brose strathspey is a staple amongst Scottish and Cape Breton fiddlers. The Silver Spear reel is a blast to play and is known by Irish musicians the world over. A leap to the key of G brings us to the vertex — Sheehan's Reel.

Although he never really made it to Donegal, Dvořák's penchant for folk music did bring him to the US. Suggesting that at least one theme from his New World Symphony has an Irish flavor, we've paired it with Donegal slip jig, Dusty Miller.

This song is an old Scottish favorite. This version was inspired by the very short version on 100 Great Scottish Songs by Phil Cunningham.

A selection of jigs to honor the late Johnny Cunningham. He was a virtuoso fiddler with a sense of humor (while attending a weeklong fiddle camp, Ed never saw him parted from his life-sized inflatable "Gumby"). Kaitlin learned the second tune from the playing of Stan Chapman. The Drover's Lads was expertly performed on Cunningham's Fair Warning album.

Paddy's Rambles Through the bPáirc

A very old air from the repertoire of the late Johnny Doherty. The story Johnny used to tell was of a fiddle player who chased a singing banshee all night in order to learn her haunting tune. Johnny learned it from the lilting of his great-grandmother, Nanny MacSweeney.

Another great Scottish bothy song. This version was inspired by the recording by Scottish band Wolfstone. It recalls the joys of working on the farm for "old Mitchell".

Listen 11. King of the Fairies

Recorded by the screaming electric guitars of Horslips in 1974, King of the Fairies set dance has been popular among Irish musicians ever since. The second tune, House of Hamill, a reel, was penned by "the plumber of the bagpipes," Ed Reavy. Clare fiddler James Kelly composed Touching Cloth (a reel). (Johnny Cunningham named the tune.)

Listen 12. Tobique or not Tobique

Tullochgorum/The Mouth of the Tobique

Only the crême de la crême of Cape Breton fiddle players venture to tackle the strathspey Tullochgorum. This first tune, played by Kaitlin, consists of a traditional Scottish melody with lengthy variations composed by fiddler J. Scott Skinner. The lads join in the fun with a French Canadian reel, The Mouth of the Tobique.

Tico Tico No Fuba (Tico Tico Bird in the Cornmeal) by Zequinha Abreu.

Popularly known as Tico, Tico, this gem was conceived as an instrumental by Zequinha Abreu in 1932. In 1942 Ervin Drake put the tune to words. In 2005, Kaitlin arranged the tune for fiddle! Get out the cornbread and check out this tune from "south of Ireland".

This is an Irish song that is believed to date from the mid-1700s. It laments the passing of a once-great manor called Portmore, and its great tree, which was said to have blown down in a storm.

We learned the first reel, Spey in Spate, from the playing of Natalie MacMaster. The acropetal slip jig, Silver Slipper, was recorded by Paul O'Shaughnessy on his album Stay Another While. A familiar segue leads us into The Mooncoin Reel, a tune favored by Sean McGuire. 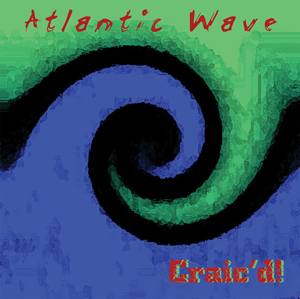 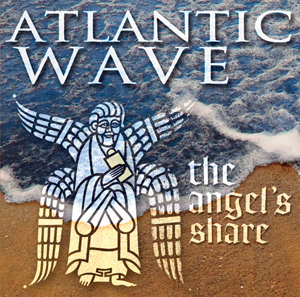 Ed discovered The Old Players while was playing through tunes in the Ed Reavy Collection. The Glory Reel comes from the playing of Ciaran O'Maonaigh of Gweedore, west central Donegal. The Wild Irishman exists in a number of different versions. The setting we've chosen is favored in Donegal, and lends itself particularly well to "reversing" (dropping the octave).

This well-known Scottish bothy song combines the time-honored traditions of complaining about one's boss and boasting of one's prowess. After being hired by "a wealthy fairmer" the singer goes to the barnyards to find "nothing there but skin and bone". When he goes to church on Sunday, the bonnie lass is "sitting by her faither's side and winking o'er the pews at me".

The Warlock strathspey can be found in The Lowes Collection, first published in 1844. It is currently a popular tune in Cape Breton, and is a particular favorite of both Natalie and Buddy MacMaster. Bog An Loch Ann has been a part of Kaitlin and Ed's repertoire for many years. The Tarbolton gained widespread popularity after it was recorded by Michael Coleman in 1934 for the Decca label. Kaitlin learned Hull's from Glen Graham at the Gaelic Cottage in St. Anne's. It was written by the late John Morris Rankin and is part of the staple repertoire of most Cape Breton fiddlers.

Our friend Troy MacGillivray graces us with his piano playing on this set.

This lovely Scottish folksong's title refers to the name of a church, where the singer implores his lassie to marry him. He promises her both a fine wedding and the good life, and to "sleep upon a heather bed, sae couthy and sae canty".

Our friend Priscilla Skrade joins us on these polkas, which she wrote and performed with us a number of years ago. Priscilla is originally from Tipperary, but lived in Alaska for 19 years. She wrote Return to Dillingham in 1998, to commemorate her first trip back to "The Last Frontier." Priscilla dedicates Mammy's Polka to her mother, who loved polkas. The Happy Couple was composed for her son, Paul, and daughter-in-law, Miriam, to celebrate their wedding.

Inspired by some of the great fiddle duos past and present, Kaitlin and Ed decided to launch off on their own with a set of tunes. The Fairy Jig (slip jig) is one of many Donegal tunes that is supposed to have come from the fairies. In Memory of Coleman is a reel from the hand of the late County Cavan composer/fiddler, Ed Reavy. The Banks Hornpipe appears in The Music of Scott Skinner, where it is credited to a man named Parazotti. In Ryan's Mammoth Collection, the tune appears under the title Souvenir de Venice, and is credited to a notable 19th century violinist, Louis Ostinelli.

Ed first heard Otis Thomas's pensive New Land Waltz played by Kinvara, Galway fiddle player Maire O'Keeffe many years ago. The tune has a special significance for Kaitlin and John in that they have gotten to know the composer through their numerous trips to Cape Breton over the years. The miracle of recording technology allows Kaitlin to play piano and fiddle simultaneously on this track!

Kaitlin's foot percussion sets the mood for this set of Québécois tunes. We learned Ril du Forgeron from the band that always looks like they're having a party on stage, La Bottine Souriante. We learned La Belle Catherine from Andre Brunet; it's a tune he performs with Celtic Fiddle Festival.

Listen 9. Broom of the Cowdenknowes

This Scottish ballad dates to at least the mid 1600s. Its title refers to a flower (broom) in a place, the barony of Cowdenknowes in Berwickshire. It comes in many variations. In this one, the singer has been banished from his homeland and pines for his true love.

Known in its Donegal variant as The Black Mare of Fannad, this setting of Nine Points of Roguery came from the renowned Bronx fiddle player Eileen Ivers. Exam Week is one of many inspired compositions of flute player (and friend), Nuala Kennedy. Ed wrote 180 No More in memory of 180 & the Letter G, the band he played with throughout the 90s. Troy MacGillivray generously offers his piano playing expertise to this set of reels.

For this Irish classic, Barry was inspired by The Prodigals' version on their first album. It is the tale of a lord who comes home to find his new-wed lady run away with a gypsy. Kaitlin plays accordion on this one.

Lord Gordon's, popularized by the 1934 recording by Sligo fiddler Michael Coleman, first appeared in print in 1780 as The Duke of Gordon's Rant, a two-part reel in McGlashan's Collection of Strathspeys and Reels. Music historian Brendan Breathnach observed that until the Coleman recording, the tune existed in only two parts. It is commonly accepted that Coleman composed parts 3-5. Lord Gordon's is Ed's favorite tune!

Seanamhac Tube Station is a composition of Sligo fidder John Carty. Ed remembered hearing the tune at a memorable performance by At the Racket in Glencolumbkille in 1998. Sean Ryan's came from the playing of Liz Carroll. Composed by Canadian piper Colin Magee, Troy's Wedding had been a favorite of Kaitlin's for years before it settled as "the kicker" at the end of this set of jigs.

John sings this song, dedicated to the late Jerry Holland, recorded live with audience participation at Paddy's Pub on Milwaukee's East Side.

"It's the end of the road. It's been a good run. Thanks for the tunes. Thanks for the fun. And now as I know the way I must go, I ask you to think of the man with the bow." So long, Jerry.